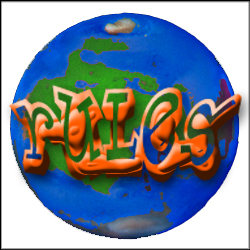 A lot of fantasy writers aren’t fully comfortable with rules. In fact arguments against the rule of rules are pretty common on a lot of writing sites, especially those populated by new writers.

And I understand. Fantasy is the genre that embraces magic. And a lot of people magic as being the infinity of possibility made manifest. Magic can do anything – that’s the whole point.

So if we are writing in worlds defined by their lack of limitation anything should be possible… right? Right??

Well, not exactly. Because there’s this little thing necessary for suspension of disbelief – it’s called internal consistency. And that is a harsh and unforgiving taskmaster.

We can contrast a (narratively) successful fantasy story from one that is less so largely by looking at which stories keep better track of their own worlds.

In our successful example the rules of the world are clearly well-understood by the author. This doesn’t mean that she isn’t able to startle or delight with the flights of fancy she conjures with her magical take on England and Europe in the time of Napoleon. It’s just that it all seems to fit. Everything from the mytho-history surrounding magic to the culture of magic users ties together seamlessly into a perfectly realized world.

In our less successful example the world is constructed hodge-podge. Elements are (to be gentle) borrowed from diverse sources without any specific concern for how they actually fit into the overall continuity of the world. Most of the time things get shuffled in for reasons no more thought out than that the author thought it seemed neat. Furthermore the actual capabilities of any given component of the story (such as the protagonist’s “Talent”) expand or contract in scope depending on the needs of the narrative. The Nightside books are readable – but there’s no denying that they are a veritable lace of plot holes and nonsense.

As a result it’s much more easy to feel like Clarke’s world is a real world.

Rules define this internal consistency. They can be high order things like “nothing is ever free” or specific like “you must use blood sacrifice to power dark magic which is defined as X” – they should point toward the themes of your story either way.

But just because a fantasy story should be constrained by rules doesn’t mean that your audience, or even your characters need to know about them. I’ll get into rules and exposition tomorrow.