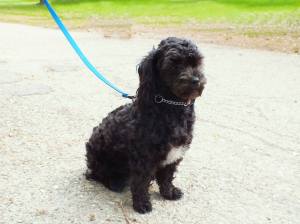 When I delivered my presentation at the Toronto SpecFic colloquium at the beginning of march, I put forward the hypothesis that when you got beyond the arguments about politics, the disputes over SFWA membership, and the arguments about literary merit at the awards, what the Sad Puppies really wanted was for SF/F/H to never change from what they believed it to once be.

And now Brad Torgersen, one of the key organizing influences behind the Sad Puppies has written this.

I have to say, as much as I might violently disagree with pretty much everything he said, and his entire premise, it’s at least more honest than I have come to expect from the Puppies. Gone are the claims of trying to de-politicize SF/F/H. Gone are the rallying cries of: “censorship!” “pink shirts!” “reds under the bed!” Gone is the defense of Vox Day’s purulent behaviour or complaints that SFWA is being unfair to the Real Men of SF/F/H.

And that’s good because what Torgersen has provided is a basis for discourse, a reason to actually engage with him and his fellow Puppies, rather than just to dismiss them out of hand as sour grapes.

And that is, in turn, good because I do think he’s misguided – and through that process of engagement perhaps some of those Puppies can be peeled away from what is largely a toxic movement.

Torgersen describes SF/F/H as being a box of “Nutty Nuggets.” He describes himself as a fan of the taste of these hypothetical nuggets, who has, seemingly overnight, found the flavour to have transformed entirely. It’s the same package, the same brand, but it’s not the same nuggets.

He describes trying box after box: some are more like his beloved memory of cereal and some are less. But none of them are his dearly departed nuggets of nuttiness.

Now this is a flawed premise.

First off, SF/F/H was never a homogeneous brand. Even if you go aaaaallllllllll the way baaaaack to the pulps, the gulf between say, Lovecraft and Howard was vast.

But, ok, perhaps Torgersen was raised on a steady diet of Robert Howard, Doc Smith and Robert Heinlein. Does that mean that SF/F/H should never grow beyond a barbarian swinging an axe and a space ship flying past a mysterious planet?

Think for a moment on Moorcock, his Elric stories built upon the traditions of Howard (and of Tolkien) but challenged them. He interrogated the work of the people who came before him and made something new and different in the process. And Elric was a product of the 1970s!

I was born in 1979. To me, there has never been a world where SF/F/H didn’t include both Conan the Cimmerian and Elirc of Melniboné. These two diametrically opposed ideas of what sword and sorcery stories could look like were available to me, from birth and I’d be shocked if literature hadn’t evolved in the meantime.

To me, SF/F/H literature isn’t a box of cereal. It’s the Grand Magic House Buffet. Yes, there are some fried foods there that you KNOW aren’t any good for you but taste SO good. And there’s the old standards: the roast beef and bean salad of the book world. But this buffet is huge, and the chef who runs it can become easily bored. So in addition to the standards there’s an ever-changing, ever-growing abundance of dishes to try.

And that’s just kind of sad.

5 thoughts on “Puppies in Stasis”